Adam De Collibus has a real skill, often absent in today’s historical fiction books*, for crafting detail-oriented scenes without overwhelming a reader. The two dimensional easily becomes three – character’s actions are easy to depict in your imagination – and all flows well without feeling inexperienced or forced. Perhaps this is due to De Collibus’ own adventures – he, himself, a man of the world who has travelled to over seventeen+ countries so far. Who knows? But what is certain is that De Collibus’ debut novel is a compelling read, one filled with exploration and self-discovery.

Set post-WW1, this novel follows the story of William Abney, a man hired by London Dove to cross the Sahara by caravan to Yemen, photographing the culture, the desert, and whatever else may catch an ‘Englishman’s eye’. Yet, leaving behind the usual wet and foggy London, equipped with his Seneca Competitor and little else, Abney is soon tested both mentally and physically by the ‘sudden onslaught of heat’ and all that follows.

Described by Lucy Adlington (author of The Red Ribbon) as a ‘quiet soul’ and ‘rootless‘, Abney does indeed walk along the path of a displaced man, who appears isolated and struggling. It is, however, a breathe of fresh air that he has been depicted as a kind soul, rather than a misanthrope or cynic – a man who has seen devastating things and yet still retains ‘joy in simplicity’. It is very easy to like and enjoy this character.

…William belonged to neither world. He was just a ghost paying a short visit…

The contrast between cultures plays a significant role in this book; from its opening chapters there is recognition of an ‘invisible unease’ due to the ‘newness of everything‘. Abney thrives at discovering worlds that both welcome and terrify him, and (foreigner) realism is maintained (an example being when he appears surprised by seeing signs in English and French in Nador.)

One of the key things that interests me is De Collibus’ own recognition that economies can and still are structured around foreigner curiosity, and that Abney, too, grows to understand this. What starts as a simple journey, where cigars are exchanged for meals, and the festival in celebration of Amadi Hamed is admired, eventually becomes much more complex and testing. Abney’s guilt surrounding what he has been sent to do builds**.

Although most of my review so far has centred upon self-discovery, I do want to reassure potential readers (who tend to lean more towards plot-development than character-development) that there is also much more to the story. By joining the caravan under the lead of Hakeem el Almin, a series of tense and violent episodes do occur (but as usual, I will leave that for you to find out for yourselves).

Packed full of adventure, yet retaining moments of a slow, methodical burn, this book (for some reason) very much reminds of A Handful of Dust by Evelyn Waugh***. It is the type of book that I feel can be enjoyed as a leisurely read, but also listed on an academic syllabus. I can very much imagine it being evaluated by budding English Literature and Language students, where hidden and contextual meanings are discussed.

Overall, this book was a pleasure to read. It took me away from my current dive into contemporary crime fiction and brought me back to my own roots (that being my first love: historical fiction). It is most definitely one of the best books I have read so far this year.

*at least in ones I have recently read anyway.
** this discussion very much reminds of Walter Rodney’s How Europe Underdeveloped Africa – a book I’ve recently read in my economics module at university. (I just wanted to share, in case anyone is interested in this type of discussion.)
*** this should be taken as a huge compliment – it is very much a favourite of mine and has been since I was taught it in school.

Adam De Collibus is the CEO and Founder of Third Lion Publishing. His inspirations for Caravan come from a mix of historical events and actual ones which occurred on his travels. He mostly resides in California, where he spends his time writing and playing piano.

Copies of Caravan can be found here. 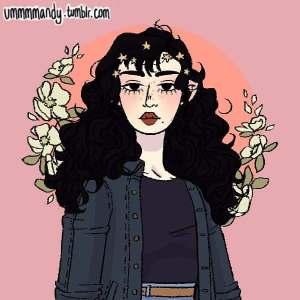 Hello! I’m Charlie, a twenty-three-year-old law graduate from the UK. I am currently studying an MA in Terrorism, International Crime and Global Security.
You’ll often find me with my head in a book, or with a Word document open – editing, editing, editing away.
Happy reading!